Born in 1964, Eneeh grew up in a Jehovah's Witness family.

She is the second child in a family of four. When she was in her third year, her parents, who were living in a small Alpine community, were visited by a couple of Jehovah's Witnesses and, attracted by the message of a better future, joined the movement. She has therefore spent most of her life within the group and is fully aware of its workings.

Although she distanced herself from the Jehovah's Witnesses several years ago, she does not deny her background. The harshness of her upbringing, especially from her father, has made her strong and willing to face the ups and downs of life, which she takes with philosophy. Paradoxically, this has also led to a difficulty in estimating herself, always fearing to make the wrong choice or to fail, hesitating to put herself forward.

A great lover of books - the family library was abundantly stocked with classical authors and she did not lack the children's literature that her father, a publishing representative, regularly supplied her with - she developed a taste for reading at an early age, as well as for writing. She wrote her first poem at the age of nine and it was highlighted in the class she was attending at the time.

Her dream was to write a book, but having to invest herself early on in professional and family activities - and in religion, in which she was intensely involved - this desire was relegated to the background.

In her fifties, married with two children (a boy and a girl), and disappointed with the direction of the organisation to which they had dedicated their lives, she and her husband began to examine the Jehovah's Witness movement, a group with which they felt less and less connected. Doubts began to arise, especially when they compared the teachings they were given with the personal study of the Bible they were engaged in.

It was at this time that the Royal Commission into Institutional Responses to Child Sexual Abuse (ARC) began its sessions in Australia.

This followed reports of the movement of child abusers over many years in various groups, such as the Catholic Church, Scouts, schools, etc., with nothing being done to stop the phenomenon, seeking, instead, to bury it. The local representatives of Jehovah's Witnesses were heard, as well as one of the high officials of the American headquarters.

It was this dramatic episode that inspired her to write "Remember... Sydney".

Sort by:
Best sellers Relevance Name, A to Z Name, Z to A Price, low to high Price, high to low
Showing 1-1 of 1 item(s) 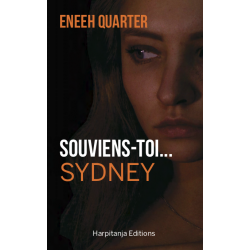